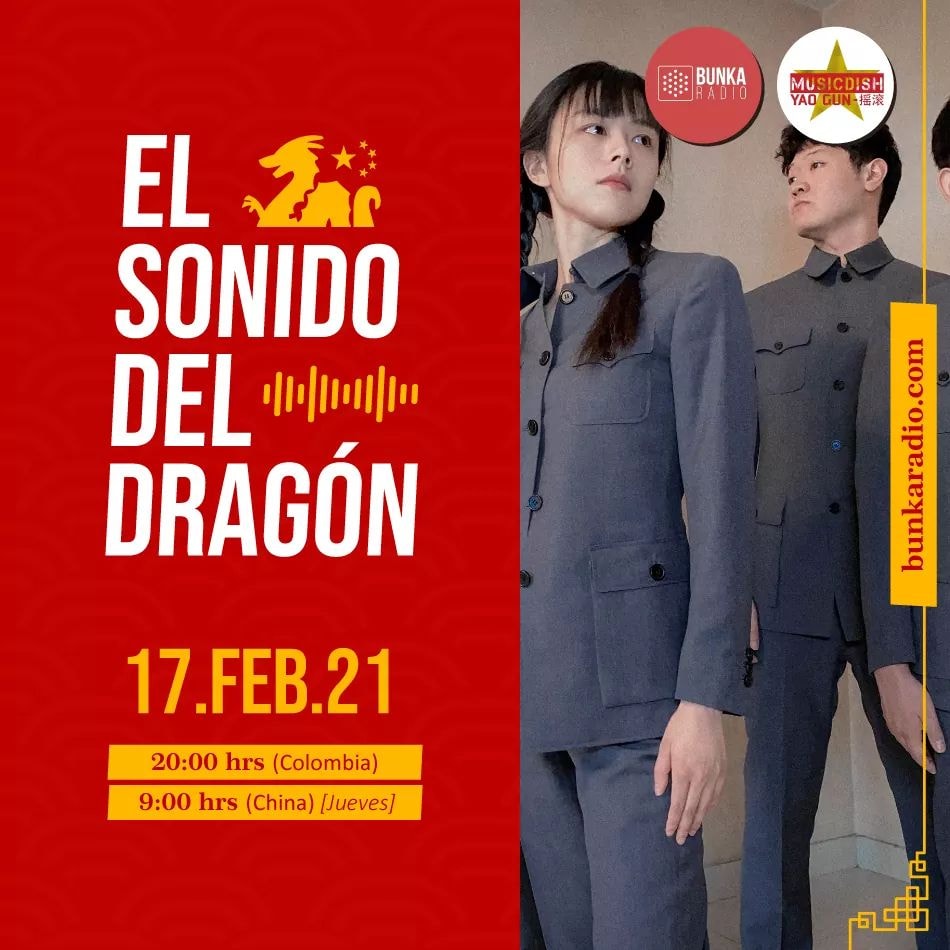 Coinciding with the Chinese New Year of the Ox, Bunka Wave, Bunka Radio & MusicDish*China will be unveiling a new Spanish-language radio show El Sonido del Dragón (The Sound of the Dragon) which premiere will play on February 17th at 8:00p.m. (Bogota) / 9:00a.m. (Beijing). Produced by Bunka Wave and Beijing-based MusicDish*China, the monthly show will showcase the latest Chinese indie music and bands to music lovers across Latin America. Curated by MusicDish*China and produced by the Bunka Radio team, the El Sonido del Dragón radio show will build a cultural bridge that will engage and energize Spanish language audiences with the sounds of one of the world’s largest and fastest-growing music markets that most often goes unnoticed outside the Middle Kingdom. Therefore, don’t forget to follow this amazing radio show on Facebook to know the latest updates. Also, you can listen again the podcast on Mixcloud the next day after the broadcasting. ¡Stay tuned with the best of the Chinese musical movement through El Sonido del Dragón in Spanish powered by Music Dish China & Bunka Wave on our Bunka Radio radio streaming, exploring cultures!