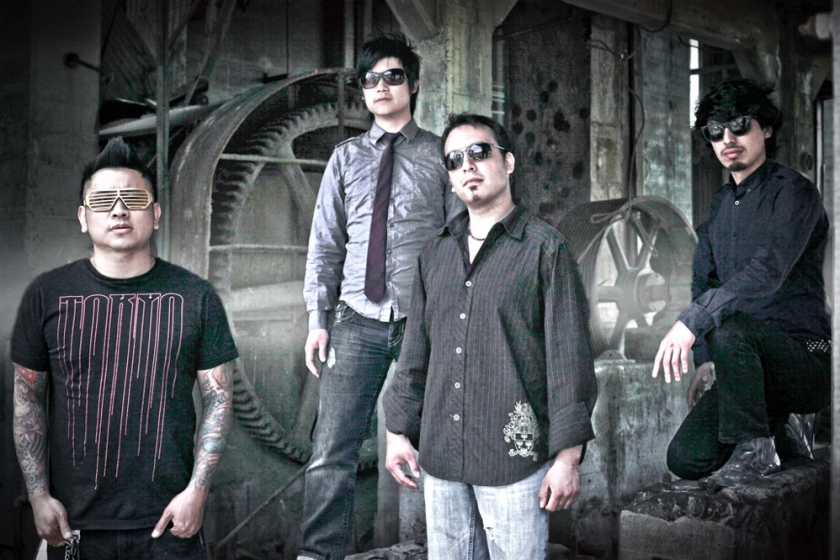 The overseas Chinatown neighborhoods are the places where they cook Asian sounds pure and mixed with Western elements such as rock, dance and punk. Therefore, the concept of The Slants me caught my attention. A band formed since 2007 by five representative musicians of the countries of Asia, whose fusion of experiences, musical influences and many charismatic spirit were now to be regarded as pioneers of a new musical style: Chinatown dance rock. Although they are on exhausting tour around the country, they made ​​a stop on the way to assist me and comment me on their inceptions, their proud Asian heritage, this admiration for the food and this close acquaintance with Latin American music, especially with Brazil, Mexico and Colombia.

Colectivo Bunka. Thank you very much to attend us in this interview for Colombia and Latin America. Tell us, how did you meet to play together and to raise The Slants?

Simon. I had the idea to start an Asian dance rock band a few years before it actually happened. Once I decided to finally go through with it, I began hunting high and low looking for members. In 2007, we kicked things off with our first show. Pretty soon after that, we began touring non-stop and many people have come and gone since then.

Tyler. I met Simon after responding to his Craigslist ad looking for Asian musicians when he first started the band.

Johnny. I joined a few months later after the original guitarist couldn’t commit to the tour dates. I’ve been friends with Simon before The Slants. We were former band mates. When the opening came up, they offered me to play a few shows with them and see how the chemistry worked. Needless to say, I’m still here!

Thai. I was part of another band that performed with The Slants a few times.  We broke up and The Slants asked if I’d be interested.  Of course, I was honored to be asked and am glad I joined the band. 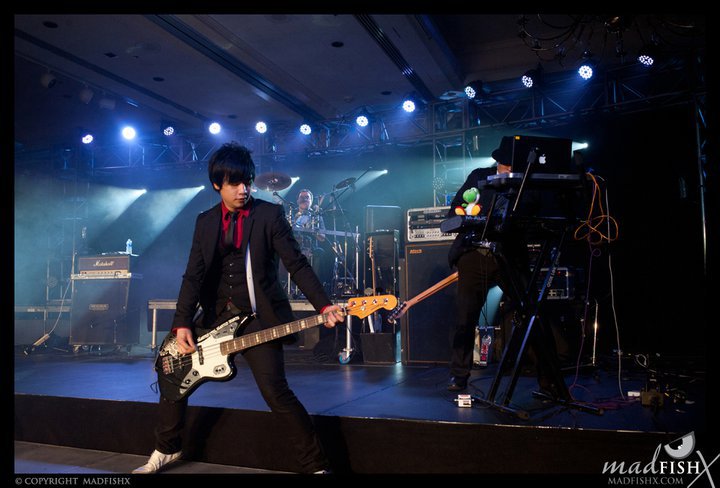 C. B. I see you are many countries in Asia. I would like every one say from your Asian heritage how have supported to keep the music, the aesthetic visual and to be together in this current day.

Tyler. I come from a long line of renown Kung Fu masters and am proud represent my heritage by incorporating the fluidity of movement from Kung Fu into my  style of drumming.

Aron. I was born in Vietnam, and I was raised in the U.S.

Johnny. I am half Filipino, half Mexican.

Thai. I am full blooded Vietnamese but was born in Japan

Simon. I am half Chinese, half-Taiwanese. For me, it was important to bring in the concept of “Chinatown” for our band since chinatowns in the United States tend to represent the place where all Asian communities melt together into one.

C. B. The Slants play several music genres, such as pop, punk, rock, etc. How did you make this unique sound like a plus, that mark the difference with other bands?

Johnny. We definitely have our influences, but we make it our own. We have a synth rock vibe with lots of 80’s influences

Tyler. Each of the members of our band has a very different taste in music, and when we compose together, the push and pull of those different influences results in The Slant’s unique sound.

Aron. I come from a punk rock/skate rock/hip hop background.  I grew up skateboarding and listening to shitty thrash and hardcore punk.  It helped me justify my rebellion.   Later I got depressed and became a hopeless romantic and fell in love with more sincere music, more moving and poetic heartfelt stuff like Leonard Cohen and The Cure.

Simon. As everyone else stated, we tend to combine influences from each of our own tastes and make it our own.

C. B. What inspires The Slants topics to compose the songs?

Aron. Being the underdog or the tragically miscomprehended.

Johnny. With our last album I would say the initial songwriting not necessarily the lyrics, but the song structures were all influenced by food! Mainly Asian foods from all different countries. Some of the original song titles were: Baby Got Bok Cho, Har Gow, and Vietnamese Sandwhich. We also wrote an Asian Eating Guide in the Portland Metro. I think it’s fair to say we love food!

Simon. I think it’s a combination of personal experiences, movies or music that we enjoy, and what life is like on the road for us.

C. B. For me, it’s the first time to listen a Portland’s Asian music band. Tell us, how do you see the current A-music scene in the West Coast and the U.S.A.?

Johnny. We really don’t encounter too many Asian bands on the road, so we’re proud to be one of the few, but we consider ourselves an American band with Asian heritage.

Simon. There aren’t many Asian bands here in the United States but the West Coast tends to have more than other parts of the country. Most of the other Asian acts play hip-hop or j-rock but I’ve seen a few more pop up (such as a Cambodian surf rock group). It’s always great to see more of our Asian brothers and sisters bringing their own flavor into the scene. 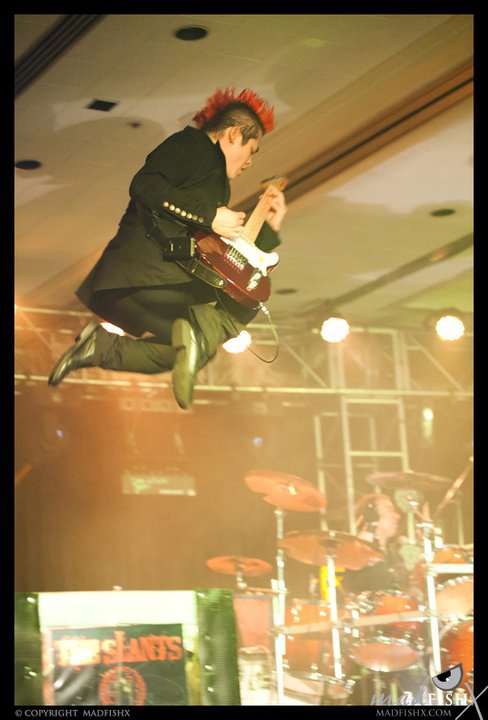 C. B. What bands or groups of Asian music are the biggest influences?

Simon. Our band’s music is inspired by music that is predominately from the U.S and Europe. The main reason for this is that we wanted to create something that was new and unique for the scene – dance rock and synth pop is not something that Asians are known to do. That being said, we each have our Asian musicians and groups that we look up to.

Thai. The biggest “Asian” influence I probably have in music is Linkin Park, which is only 1/3rd Asian.

C. B. Did you know or did you listen any Latin America band or musician? (If your answer is no, what would you like to know of Latin America about your music?)

Thai.  I’m a fan of Sepultura, Bebel Gilberto, Cafe Tacuba, and Kinky.  The Californian band, Ozomatli, is fused with Latin influences and I really like them as well. I recently saw Aterciopelados in Seattle and I really enjoyed their show!

Johnny. I’m a big fan of Sergio Mendes and the Brasil 66.

Tyler. I’m a big fan of the Brazilian musician Carlinhos Brown and have also studied salsa dancing for several years due to my love for Latin music.

Simon. I used to play bass for a church in Tijuana, Mexico so I’m quite familiar with Latin artists like Marcos Witt, Marcos Barrientos, Jesus Adrian Romero, etc. 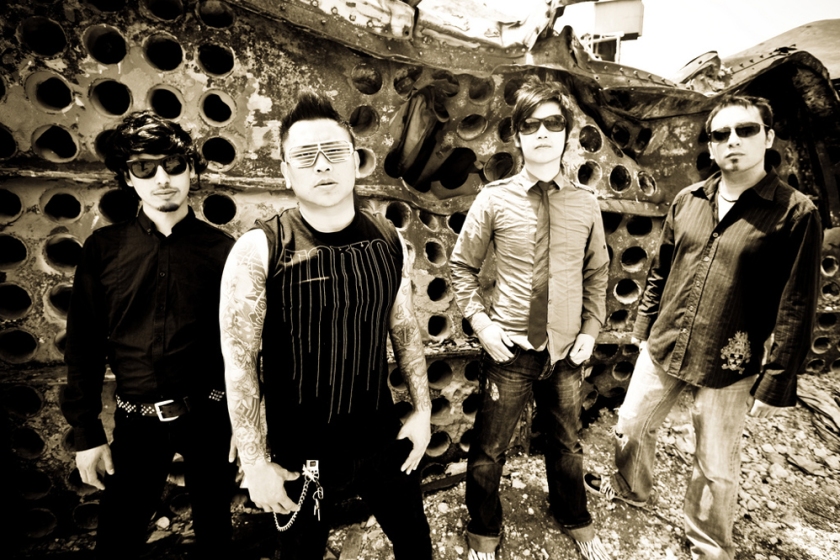 C. B. Now, you are playing in your U.S.A. Tour? How did it be the fans answers? Briefly tell us about this tour.

Thai. The tour was great!  We made a lot of new fans, and the older fans were great as well!  It’s always good to play for people around the country.

Tyler. Our tour was awesome and we received a great response from our fans!  It was great to see a lot of familiar faces and tons of new ones!  I can’t wait until the next national tour!

Simon. That fan response on this tour was probably the best one we’ve had yet (out of about 12 tours in the last 4 years). It was really exciting for us to play places like New York, where we haven’t been in two years!

C. B. What plans does the band have this year?

Johnny. We’re currently working on an acoustic album, and we’ll also be writing new songs for our next album. All of this while doing our mini tours and regional shows. Staying busy!

Simon. One of the things I am most excited about is writing more music. After that, comes more touring. We don’t stop the rock, ever.

C. B. Again, thank you very much for this interview and I would like you send a greeting to our listeners in Colombia and Latin America.

Tyler. We love you Colombia! 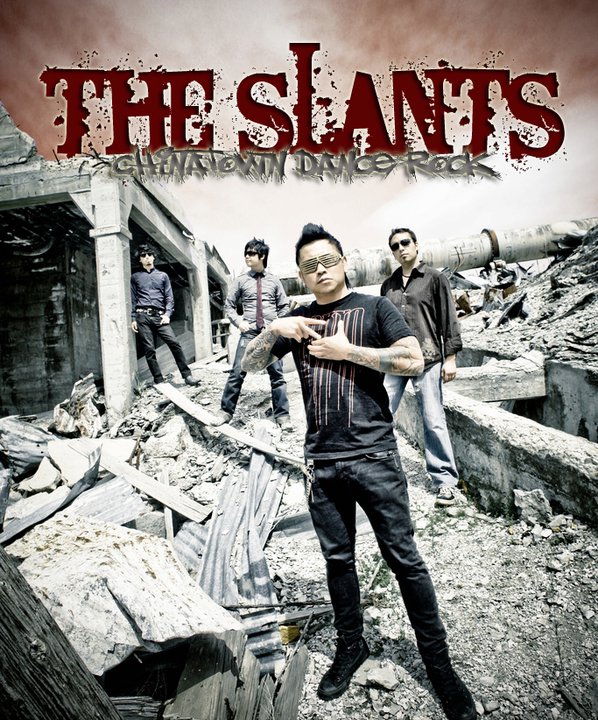 C. B. Finally, you send us a greeting to Colectivo Bunka in Colombia.

Johnny. Thank you for all of your support!

Tyler. We love you Colectivo Bunka in Colombia!

Aron. Gracias Colectivo Bunka in Colombia and thank you for the interview!

The Slants in My Space: http://www.myspace.com/theslants 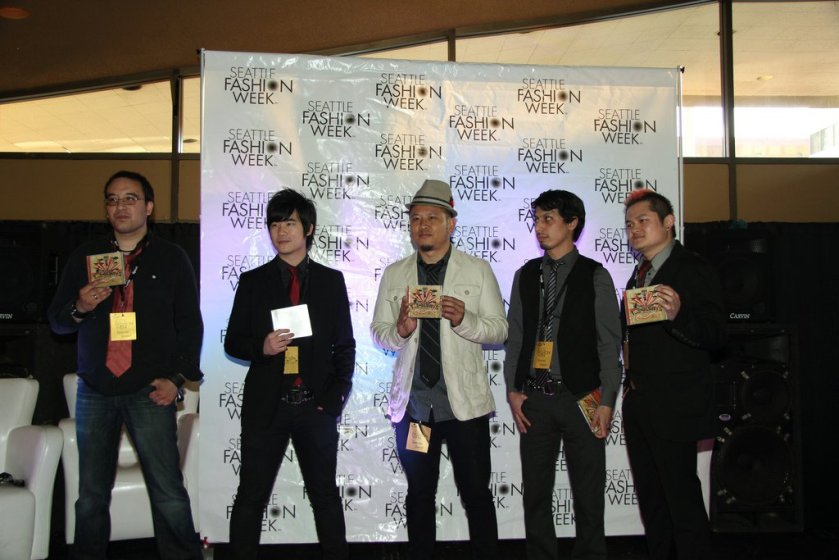 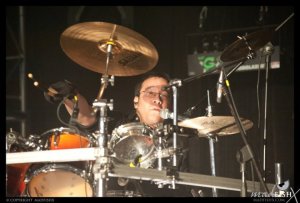 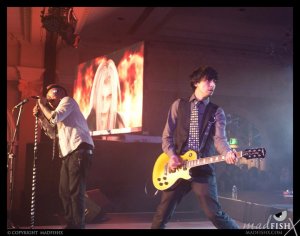 The Slants en My Space: http://www.myspace.com/theslants