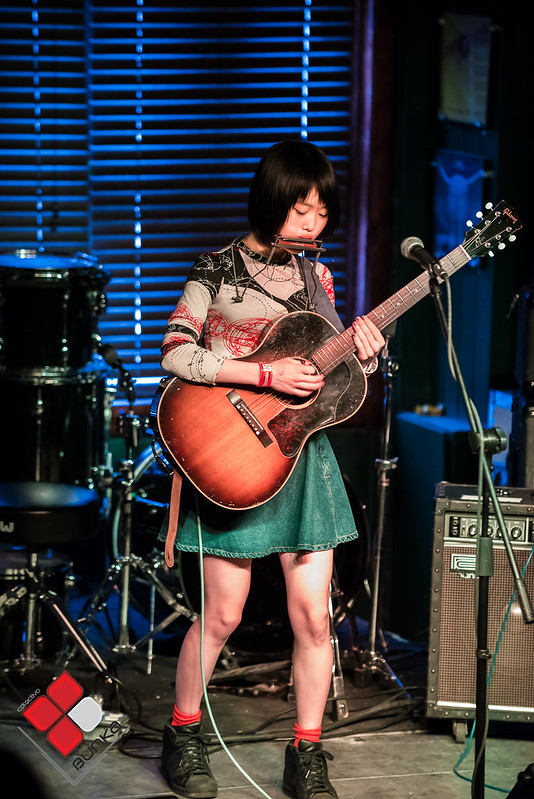 After a decent night sleep and getting some Texas’ Favorite Burger, I have felt a lot better than last night. So, I make my way down to Valhallen, a new venue for the Japan Nite Preview Show. Which was pretty much across the street from where the Friday night Japan Nite showcase will be held at Elysium. Valhallen is an indoor venue and with the Texas heat, it was a nice change from the outdoor stage at the Grackle, where the preview show usually is.

As I enter, I met up with Roberto Villegas from the Podcast «My So-called 8-Bit life», also I have been noticed that 3 acts where turned back to Japan for visa issues. When you are from another country and coming to tour in the US, it can be a very complicated issue.  If you are very indie, which most of the bands that play Japan Nite are, it’s a fine line you have to walk to apply to enter the country. Most of the bands come on a strict budget and are pretty lucky to break even. For them to tour, it’s more for exposure and to have fun. But if the bands do too good of a job with the promotions, Uncle Sam thinks they are going to make a ton of cash and wants the groups to pay a fee to make money here… and, it’s not a cheap fee either! So, it’s a balancing act to be truthful on the paperwork and try to hype yourself on social media, which CBP will check!

Therefore, SXSW had a long time veterans on stage. Kao=S, along with Atomic Stooges, and Dexsings where held and then sent back to Japan. With Kao=S being held in the Denver Airport around 24 hours. But, the show much go on. 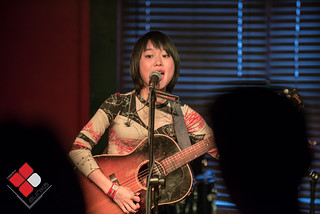 First up, this afternoon was Rei. This tiny girl and huge acoustic guitar takes the stage and proceeded to destroy any pre-conceived notions you might have had at first sight.  Armed with her Gibson guitar, Hohner harmonica, and hi-tops, she knocks everyone off their feet. One part blues, pop, and rock, her set is continually surprising you. 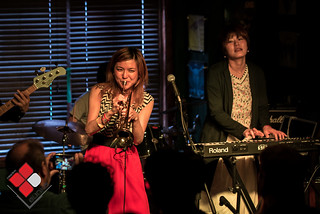 Next up is long time SXSW veterans and blues power house, Chihiro Yamazaki & Route 14 Band. Being a trumpet player in school, I always love to catch Chihiro and the band. And every year, they never disappoint! The crowd always ends up swaying or dancing with the songs. Sure, they are classified as Blues, but they are so much more. Catch them If they play either of the Japan Nite Shows, or their own shows with the Jazz Showcases! You will never be disappointed! 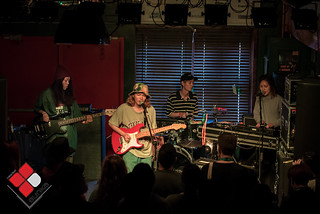 Tempalay takes the stage next. Their smooth adult contemporary/chill wave/pop sound keeps the good times rolling. Their CD on sale is titled “Instant Hawaii” and definitely it has that island feel too it with just a bit of a modern twist to it. 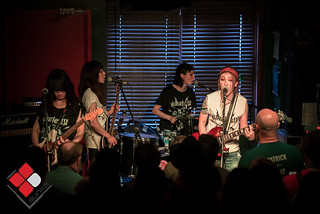 Ohhhh the Jungles (or RBV)!!!! Easily in my all-time top 3 favorite bands I have ever seen at SXSW. Back again this year and with a new EP «Well Well Well». They bring the punk and if I have said it once, I have said it a million times about them, they will melt your face off!! They will jump off the stage and get you in the middle of the music one way or another.  I can’t gush enough about them. I thought this show on Thursday was great, but Friday’s show was totally another level, you will just have to check out the photos and write up from it. 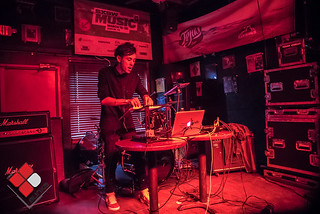 And Finally, REATMO closes out the preview show with his incredible beatbox and looping skills. I was beside myself when he proceeded to build and layer and build some more to create an indescribable complex song with just his voice and then tear it down, layer by layer. What a joy it was to watch him build song after song.

And that was it, Japan Nite Preview Show was over. Time for some Sushi with Robert around the corner on 6th and catch some street shows. 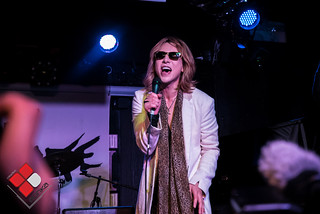 The Japan Nite Showcase was a madness! Not only played the bands of the day of the preview but also, we saw special guest artists in the last minute that sold out the Elysium, such as Yoshiki. Undoubtedly, an amazing concert for all the Japanese music lovers in SXSW!